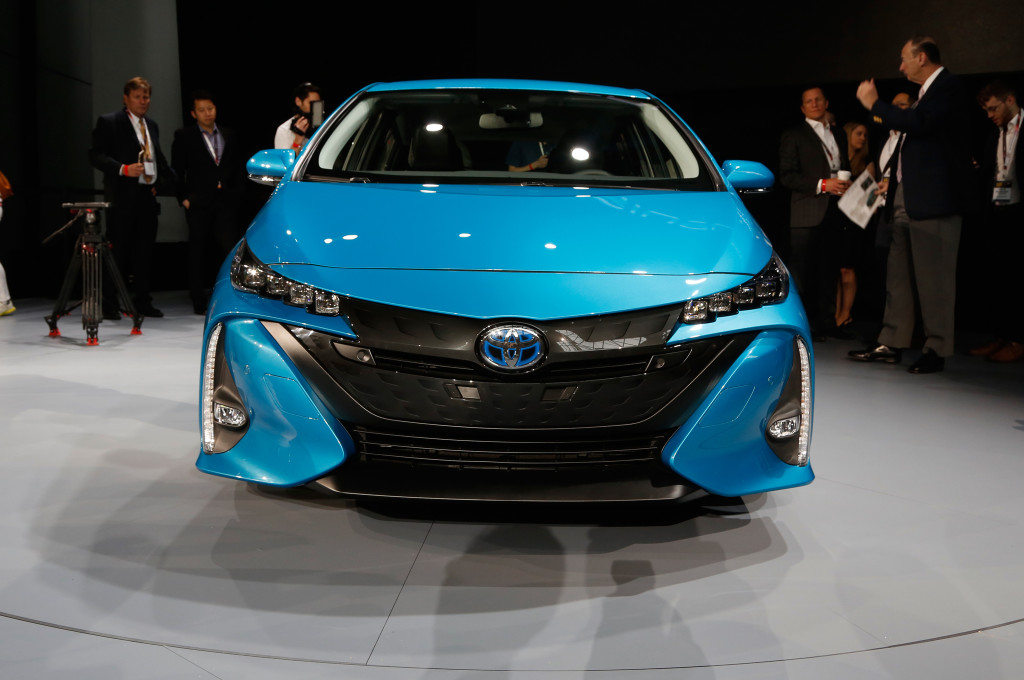 Coming soon to Toyota of Hollywood, the all-new 2017 Toyota Prius Prime promises Los Angeles and Hollywood area drivers an evolution to the already stellar Prius brand. With a stylish new exterior and a selection of incredible features, the Prime perfects a winning formula. And with a plug-in hybrid engine that lets you go fully electric, the Prius Prime achieves stunning, unbeatable fuel economy. Get a first look here at the new Prius Prime before it lands in our dealership later this year!

The 2017 Prius Prime features a similar body to previous models — so it’s still recognizable as a Prius — but it’s flatter than before. It’s front end is slightly longer and less rounded, and the redesigned grille and headlights immediately draw the eye.

Toyota complements its stylish exterior with a refined interior, and the cabin takes on an almost futuristic look. The steering wheel mounted controls have been newly integrated into the wheel, and the center console features a striking portrait-oriented screen. This new screen features an 11.6-inch multimedia display.

While the Toyota Prius has always been a leader in fuel efficient technology, the new Prime looks to take it one step further. Offering drivers Toyota’s first dual motor drive system, the Prime can operate like a hybrid vehicle or an electric vehicle. This combination allows the Prius an EV range of 22 miles and overall driving range of 600 miles.

Even more stunning, Toyota estimates that the Prius Prime is set to deliver an EPA-estimated 120 mpge* in EV mode. Charging the Prime is simple — you can do it while you sleep, eat, or work. And to extend your drive, more electric charging stations are being built across the Los Angeles area every day.

If you’re a driver in the Los Angeles or Hollywood area, the 2017 Prius Prime will soon be available for you. To learn more about it, contact us online, or call Toyota of Hollywood at (323) 300-5026. Then, stop in at 6000 Hollywood Blvd in Hollywood, CA and see us today!