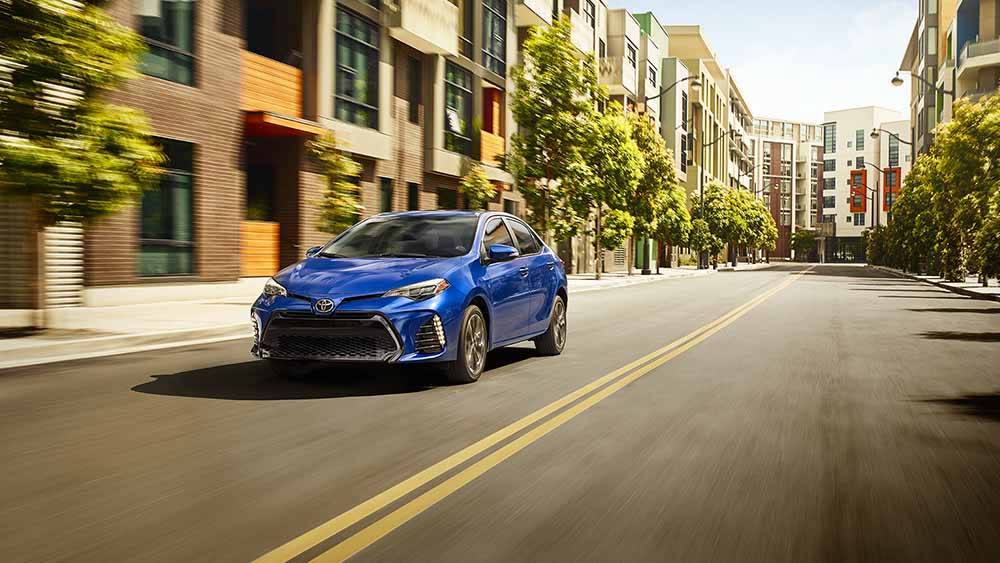 If you commute from Glendale into Los Angeles, you know how expensive it can get, especially if you spend much time in gridlock. Fortunately, there is a comfortable, sporty way to handle the commute without spending too much of your hard-earned cash. The 2019 Toyota Corolla engine offers excellent MPG ratings from its sporty, efficient design.

The Corolla trim levels are equipped with some of the most efficient non-hybrid engines on the road today, delivering fuel efficiency as high as 30 mpg/city and 40 mpg/highway fuel economy. That could translate to 396 miles of city driving and up to 528 miles of pure highway freedom – or enough to get you from North Hollywood to Downtown Los Angeles and back up to 14 times before you had to stop for fuel.

Efficiency isn’t the only reason to get excited about the Corolla’s engines – they provide enough zip to add excitement to those errands into Burbank, thanks to two spritely options:

Green Initiatives at Toyota of Hollywood

Seeing the stars in West Hollywood is but one reason to make the trip to LA – our commitment to the environment is another. Thanks to our support of programs like those from the Environmental Media Association and the Helen Bernstein High School Garden project, we’re helping to bring both greater awareness and a better environment to our neighbors young and old. These projects, and others like them, help to fight the negative impacts of urban sprawl across the valley, providing education, access to green spaces, and creating jobs that not only benefit the community but the air we breathe as well.

Get in Touch with Toyota of Hollywood

If you’re looking to do a little good while improving your transportation choices at the same time, drop by Toyota of Hollywood to get behind the wheel of a 2019 Corolla and learn about the many ways we’re working for a greener tomorrow. We’re excited to say that the 2020 Toyota Corolla is on its way! Check out the details on its release date and more.

More on the Toyota Corolla