The 2020 Toyota RAV4 configurations are affordably priced between $25,850 MSRP* and $35,180 MSRP*, which makes the new RAV4 the perfect option for drivers in and around the Glendale and Los Angeles areas who are on a tight budget. When you visit Toyota of Hollywood, we’ll explore the different RAV4 configurations and get you behind the wheel of the model that fits your needs the best. 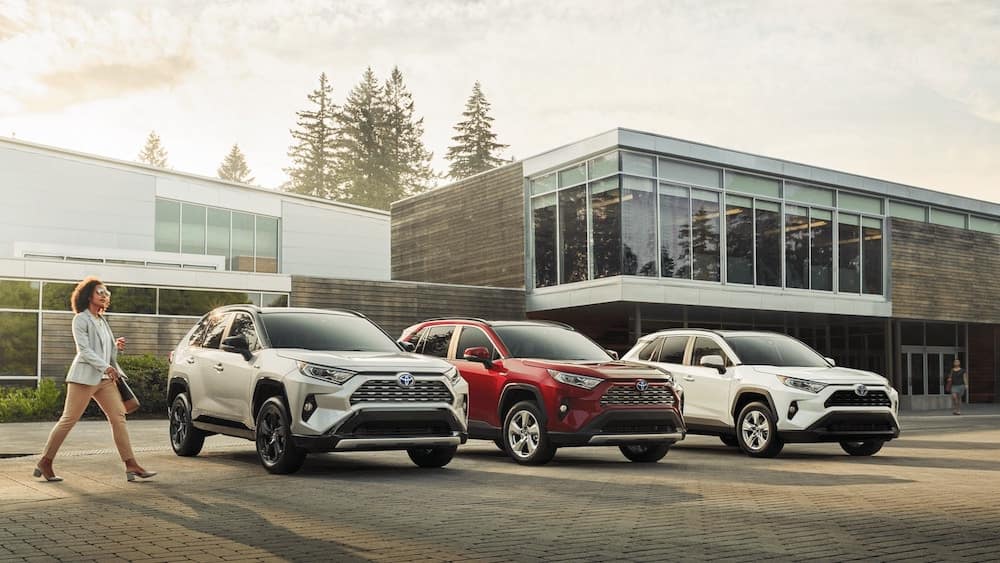 Thanks to the plethora of standard features, you won’t have trouble finding the RAV4 configuration that will enhance your commute. Let’s take a look at some of the different RAV4 interior features that come standard in each of the RAV4 trims:

Looking for a more fuel-efficient and wallet-friendly vehicle? Consider one of the hybrid versions of the Toyota RAV4. You can expect to find a hybrid version of the LE, XLE, XSE, and Limited trims. While these hybrid models feature some of the same standard features as their non-hybrid models, they also include a new Dynamic Force 2.5L engine paired with the Toyota Hybrid System II, as well as improved AWD capability with a newly-separate rear-mounted electric motor. You will also enjoy up to 219 total system horsepower, and fuel economy of up to 41 mpg city, 38 mpg highway.**

Explore the 2020 RAV4 Trim Levels at Toyota of Hollywood!

Once you have learned about the different RAV4 trims, it’s time to visit Toyota of Hollywood near West Hollywood to test drive your favorite model. Before stopping by, get an estimate on your monthly payments, peruse our vehicle specials for additional savings, and get pre-approved for financing. Have any questions about the new Toyota RAV4 for sale in Hollywood? Give us a call at your earliest convenience!