Toyota is ready to introduce its most innovative hybrid yet: the 2017 Toyota Prius Prime. There are seemingly endless perks to driving a Prius Prime: you can drive up to 25 miles on electric power alone, it has a 640 mile total driving range, and you may even qualify for up to a $4,500 federal tax credit. The Prius is coming back better than ever, and it’s ready to shatter expectations. Find out more about the heavily anticipated 2017 Prius Prime plug-in hybrid and its incredible performance specs and fuel efficiency at Toyota of Hollywood.

You can choose between three different models of the 2017 Prius Prime plug-in hybrid: 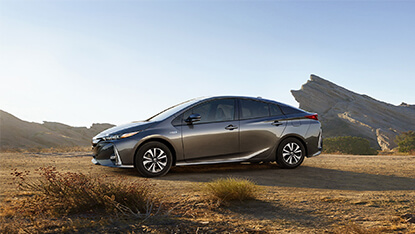 The Prime features unparalleled performance and fuel economy specs. Take a look at its impressive figures: 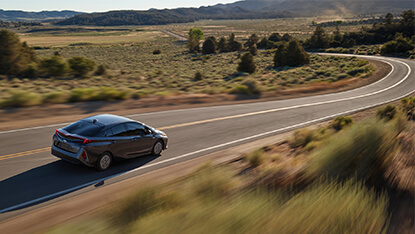 The Prime is an excellent vehicle inside and out – but let’s focus on the exterior. While the design loosely follows in the steps of its Toyota Prius predecessors, the 2017 Prius Prime is much more sleek and stylish than ever before. Its clean, aerodynamic lines set it apart from previous models. You can count on standard quad-LED projector headlights with auto level control and an on/off feature, LED taillights and stop lights, and a patterned acrylic grille overlay with an active grill shutter. Innovative features like washer-linked variable intermittent windshield wipers and heated power outside mirrors also come standard on every model. Drive the streets of Los Angeles with convenience and style in the Prius Prime. 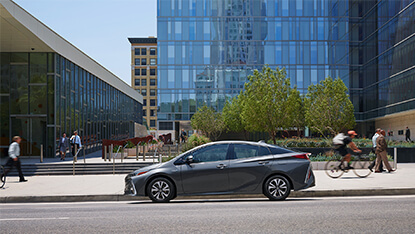 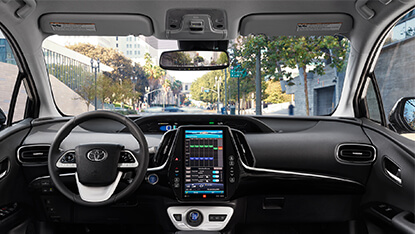 Stay safe on the streets of Hollywood thanks to the Prius Prime’s many advanced safety features: 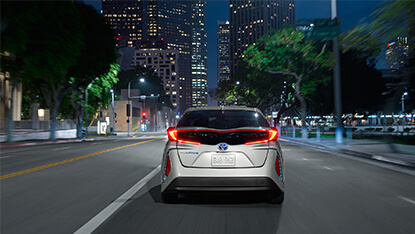 We aren’t the only ones who are enamored by the 2017 Prius Prime. See what the automotive experts have to say about the newest addition to the Prius family: 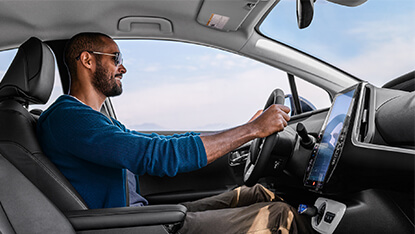 The 2017 Toyota Prius Prime is Heading to Toyota of Hollywood

As you await the 2017 Toyota Prius Prime, be sure to stop by Toyota of Hollywood, an LAcarGUY dealership, to learn more about the upcoming model or test drive any of the current Prius models. We’re located at 6000 Hollywood Blvd., Hollywood, CA, and you can contact us online or by phone at (323) 489-6817 with any questions.

*Manufacturer’s Suggested Retail Price, excludes the Delivery, Processing and Handling Fee of $835 for Cars, $900 for Small/Light Trucks (Sienna, RAV4, Highlander Gas, Highlander HV, 4Runner, Tacoma and Venza), $1195 for Large Trucks (Tundra), and $995 for Large SUVs (Sequoia and Land Cruiser). (Historically, vehicle manufacturers and distributors have charged a separate fee for processing, handling and delivering vehicles to dealerships. Toyota’s charge for these services is called the “Delivery, Processing and Handling Fee” and is based on the value of the processing, handling and delivery services Toyota provides as well as Toyota’s overall pricing structure. Toyota may make a profit on the Delivery, Processing and Handling Fee.) Excludes taxes, license, title and available or regionally required equipment. Actual dealer price will vary. Tax, Title, Tags, and $80 Dealer Documentation fee not included in vehicle prices shown and must be paid by the purchase.
Search
Find Your Vehicle ×