Taking a Look at How Far the 2016 Prius has Come

The Toyota Prius is a highly popular vehicle and it’s known as one of the first cars to popularize hybrid technology. Sure the Honda Insight was offered before the Prius was, but let’s be honest, the Prius is the true hybrid innovator of the bunch that put hybrids on the map. The car was released back in 2001 in the United States, and when you compare the older version of the car to the latest it’s clear that Toyota has made some progress. Let’s take a minute to compare the oldest with the newest to see the changes that Toyota has made, for better or worse. 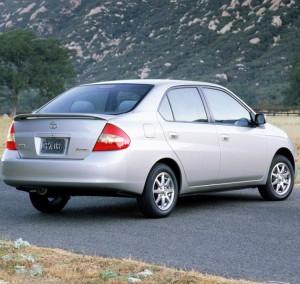 The Toyota Prius has always been an efficient vehicle, after all that’s what it was made for. It’s grown in efficiency over the years though. Back in 2001 when the vehicle was first released in the United States it has a fuel efficiency rating of 42 MPG city and 41 MPG highway. That figure has gone up to 58 MPG in the city and 53 MPG on the highway, or an increase of around 14 MPG overall. Toyota uses a host of special enhancements like more lightweight materials, infrared blocking windshield and other features to get the best efficiency that it can, and all these improvements will help you save money as you drive around. 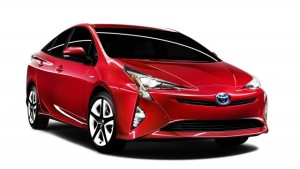 The original Prius was viewed as a bit of an eyesore, which was sort of the point when Toyota put the car together. That’s because they wanted this very new type of vehicle to stand out away from the rest of the cars. Hybrids were not common at the time and Toyota wanted to make sure that people were asking questions about the Prius. Today the Prius still has a distinctive look, but it’s a sexier and sleeker affair. The car itself is lower to the ground with a sharper profile especially around the hood, that now sits much lower on the car thanks to the Toyota New Global Architecture or TNGA.

The original Prius is practically bulletproof. Sure it uses quite a bit of plastic throughout, and it has some quirky issues like the fuel bladder that makes it difficult to put fuel in the car in sub-freezing temperatures, but it’s a rock solid vehicle that you can count on. The same is likely to be true for the 2016 iteration of the Prius. Since it’s built on the latest Toyota platform it’s likely to be even more durable and Toyota vehicles are known for reliability in general, so you can count on the Prius holding up over the years.

While the original Prius was seen as a novelty when it was first released, it was clear just a few years later that the car would be around for a while. It’s still the best-selling hybrid car to this day, and the Toyota Prius is a major part of pop culture and known by almost everyone today. If you haven’t had a chance to test out a Prius yet, or you’re looking for an upgraded version over one of the older models, the 2016 Prius is one of the best versions of the car to date.