The Benefits of Toyota’s Dynamic Platform

Toyota has been working for years to develop a dynamic platform that most of its vehicles can be built on top of. The result of all that hard labor is the Toyota New Global Architecture, also known as the TNGA platform. It’s what Toyota is trying to use for most of its vehicles, and the automaker hopes that the platform will help infuse a bit of sporty spunk into its vehicles.
TNGA 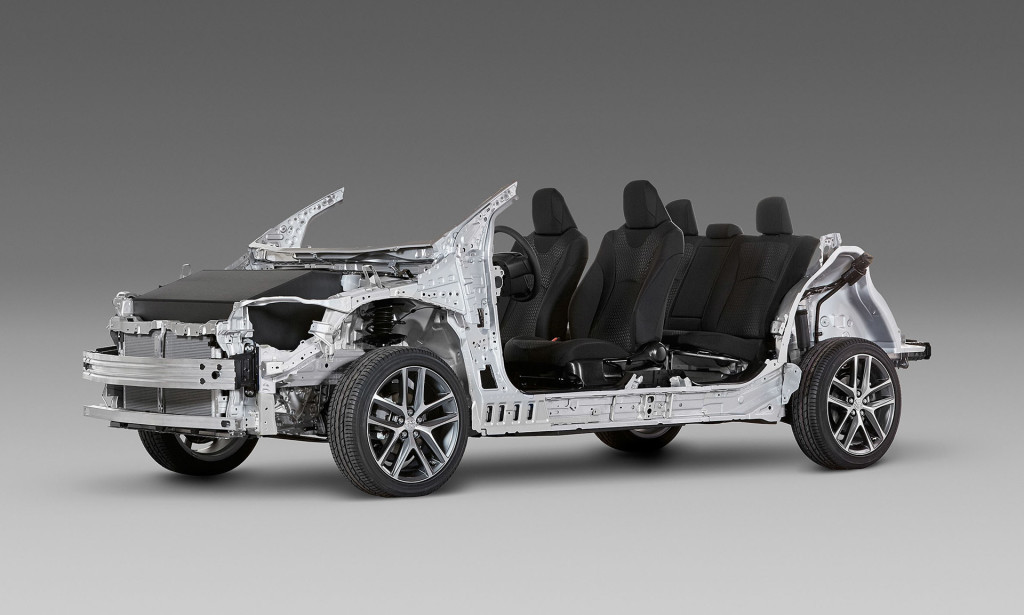 Toyota is a massive automaker today. It’s so massive in fact that it produces around 100 different variations of its platforms, and puts 800 different engine types into its vehicles. When you think about those sheer numbers it’s easy to see that the automaker can’t develop and improve on each one of those designs. The only real option that Toyota has to ensure that its vehicles continue to grow and develop in a positive way is to simplify things as much as possible. That’s why the automaker has been working on the TNGA for so long. Not only will it bring new enhancements to most of its lineup, but focusing on one major architecture will allow the automaker to make improvements without being overwhelmed. Toyota should save money while continuing to innovate in a major way.

What the Standardized Platform Really Means

The standardized platform means that you can climb into a variety of different Toyotas and have a similar experience. Sure there are differences in the height of the seats depending on which of the five different options Toyota decides to use for the vehicle, and there are different shifters, air bags and pedals used between the vehicles, but there is only a small selection of options that is a much smaller pool than what the automaker has been using. It means that you’ll start recognizing Toyota components between vehicles and even though they’ll all look unique, you’ll probably see similarities as well.

Along with simplifying its vehicles, Toyota hopes to use the platform to enhance the handling of them as well. The automaker is working hard to enhance the chassis stiffness, drop down the center of gravity and lower the cowls of the vehicles all to make them handle and respond better out on the road. These changes should have a major effect on the Toyota vehicles, and overall will result in a whole lineup of models that drive more effectively than before.
The Toyota Modular platform is an exciting enhancement that the automaker needed to put in place years ago. Now that it’s going in many of the automaker’s new vehicles, you’ll notice a greater number of improvements between model replacements, and every Toyota buyer should benefit.