Automakers are always looking for the next best way to keep drivers safe. Many are now releasing systems that use radar to detect obstructions in the road and help reduce the severity of a crash, but what if your car could predict a crash from much farther down the road and do more than just stomp on the brakes to help keep you out of trouble? That’s exactly what Toyota is working on, and it’s exciting. 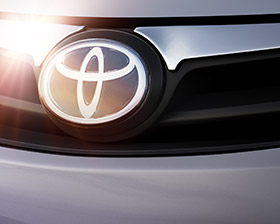 Toyota is investing more than $1 Billion into artificial intelligence in a quest to make vehciles that are more intelligent and that can operate themselves to some degree. While making this massive investment Toyota also hopes to make major strides towards safety. The automaker is exploring different safety systems that can detect crashes and other dangerous situations more effectively, and respond to them in new and helpful ways. For instance, a wreck in the middle of the highway would be best avoided by changing to a new lane that puts you out of the way of the vehicle. The Toyota vehicle might notice that you haven’t changed lanes yet and steer you into the safer lane after checking to be sure there was a safe opening to move. Of course the vehicle would let you know you’re being moved for safety purposes, and you would be spared the risk of that collision. That’s the type of technology that Toyota is working towards, and it’s something that could help prevent a lot of collisions or near collisions while out on the road.

Toyota is investing so much of its resources into AI research to help stay ahead in the race toward self-driving vehicles, but also to help its aging society. The automaker realizes that citizens in Japan are slowly growing older and older and that puts private vehicle ownership at risk in the country. In order to help out the citizens, and keep selling vehicles in Japan, Toyota really wants cars that take on more of the driving responsibility themselves, so that the elderly still have vehicles to rely on. Toyota is even looking at robots designed to help out people in their homes so that their lives can be improved outside of the vehicle as well.

Toyota isn’t the only automaker to look at these types of enhancements, but it seems to be one of the most serious companies about safety and self-driving vehicles. With major safety advancements like the one detailed above going into mainstream vehicles, the roads are bound to become significantly safer for everyone involved, and that’s exciting news for everybody.